Is It Rocket Science: Scholarships in Aerospace Engineering

The field of aerospace engineering is challenging, competitive and constantly changing. It's a well-paid, well-respected profession, which means your tuition will be more financially demanding. The aerospace industry is still critical to America's future, because although our national investment in building for outer space is less generous than it was many years ago, we now need terrestrial unmanned aircraft.

You can find a future not only in the government's aerospace program, but also in private companies that are producing space vehicles or designing commercial jets. Knowing where you're likely to be employed gives you some idea of where to look for likely scholarships: government and private businesses. And it's always the case that state institutions of higher learning will provide some financial aid in scholarship form.

The best scholarships for you as an aerospace engineering student come from: 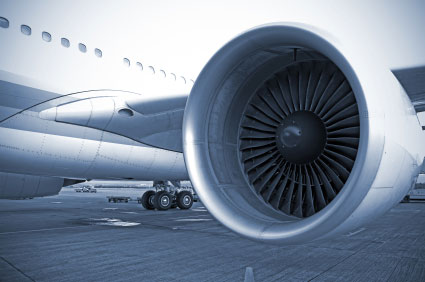 The federal government sponsors a number of programs that require aggressive recruitment of talented aerospace engineers from the limited pool of American graduates. Start taking advantage of those opportunities by looking at scholarships like these:

The National Aeronautics and Space Administration (NASA) is the government Mecca for aerospace engineers, a large employer that makes a most impressive resume entry. The agency sponsors a popular and very competitive program aimed at eventual employment that includes scholarships, which come with internships, and fellowships.

Dozens of scholarship and cash programs are funded annually, including the Motivating Undergraduates in Science and Technology (MUST) Project. This program targets sophomore and junior undergraduates, and the summer internship brings a paycheck of $6,000. You must maintain a 3.0 GPA to qualify.

The Barry M. Goldwater Scholarship and Excellence in Education Program bestows awards on outstanding students pursuing science, mathematics, and engineering degrees. There is a great deal of competition for these, and you must be nominated by a Goldwater Faculty Representative.
Goldwater Scholarships cover college tuition and other expenses up to $7,500. Over 300 are given each year, and you must display significant talent in and commitment to your chosen field of study.

Top aerospace engineering schools include those found at the Massachusetts Institute of Technology (MIT), University of Michigan, Stanford, Texas A&M, and the United States Air Force Academy, among others. Most engineering schools offer a number of appropriate scholarships, either for aerospace studies specifically or for general engineering.

Your college or university should be one of the first places you start looking for scholarships.

Various business and industry sources as well as professional associations offer many kinds of scholarships, as well as very valuable research and travel stipends.