Are You Into Martial Arts?

Karate, judo, ju jitsu, aikido, and other forms of martial arts are popular sports. They test not only one's physical stamina and reflexes, but also require spiritual reflection due to the influence of fighting monks like those who originated Shaolin Kung Fu.

Despite their growing popularity, martial arts are not sponsored by any of the three major college sports associations. Judo, like taekwondo, is an Olympic sport (although it is precariously positioned therein), but it has not yet been added to the NCAA sports line-up.

In the absence of mainstream collegiate sports scholarships, what other funding sources for student martial artists can you expect to find?

Scholarships at Colleges and Universities 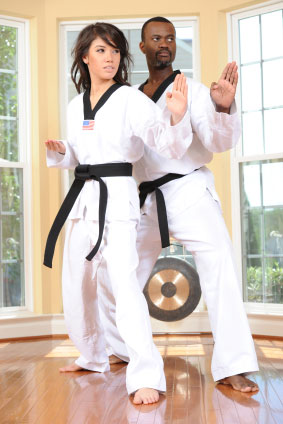 This award is named in honor of the organization's founder and given to graduating high school seniors who have strong scholastic skills and are known for their outstanding personal characteristics as members of the ATA.

Applicants must be devoted Taekwondo practitioners, possess a solid academic record, provide letters of reference, and be accepted in an accredited college or university degree program to qualify.
USA Freestyle Martial Arts is a popular school located in San Diego, California. Students may compete for scholarships sponsored by the school. Candidates must be graduating from high school or currently enrolled in any type of college program, and have participated in the USA Freestyle Martial Arts school for no less than two years.

Students with financial need are considered first for these awards. Visit the San Diego Foundation to obtain more information and apply for this scholarship.

The Mike Swain Scholarship, established in 2005, is the first judo scholarship awarded by a university in the U.S. It is offered at San Jose State University, also in California.

Despite the lack of athletic scholarships for martial artists enrolled at colleges and universities, you can find some competitive clubs across the nation. If martial arts are an essential part of your college experience, make sure you ask admissions personnel or check the school's clubs and organizations rosters for any martial arts clubs or teams.